You may have attempted to train a cat before. Perhaps you used the same stern “no” you used to scold your puppy, or maybe you squirted your kitty with a water pistol when she scratched the corner of the couch. It’s likely your cat didn’t even acknowledge the “no” that made your dog tuck his tail between his legs, and your cat probably still scratches the furniture (only now she knows not to do it in front of you).

Though they don’t respond to punishment, cats can be trained through learning that their behaviors have consequences, a concept known as operant conditioning. One of the most effective methods is done through positive reinforcement and is called clicker training.

Why clicker train a cat?

If you’re going to be heading into the great outdoors with your feline friend, it’s best to be prepared for anything.

What if a sudden noise or an excited off-leash dog spooks your kitty and she bolts? What if she slips out of her harness or darts out of the tent? You’ll sleep a little easier under the stars if you can trust your cat to respond to commands you’ve practiced.

Such training stimulates a cat’s mind, which can aid in correcting behavioral issues that stem from boredom. Also, as a form of exercise, clicker training can be good for your pet’s health.

It’s also a wonderful way to engage with your kitty and strengthen your bond. And it can be a lot of fun.

Learn more about clicker training from Best Friend Animal Society’s Dr. Frank in the video below.

Dogs are social animals that we bred to fit our needs over hundreds of years, but cats are autonomous creatures that essentially domesticated themselves. Back when we started farming, cats moved in to feed off the rodents attracted to the crops. In other words, they came for the food and stuck around because the perks were good.

“Historically speaking, cats, unlike dogs, have not been domesticated to obey humans’ orders,” Atsuko Saito and Kazutaka Shinozukain write in “Animal Cognition.”

In fact, after 9,000 years of living alongside us, scientists have concluded that cats remain only semi-domesticated.

So if your cat isn’t going to work simply to please you, you’ll have to make training worthwhile. 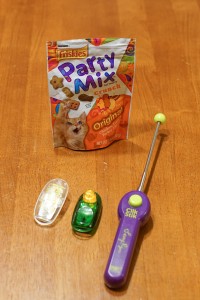 First, you’ll need to help your cat establish a connection between the sound of the clicker and a tasty treat, so when you have your kitty’s attention, click the clicker and immediately reward your cat with a small treat or a bite of yummy canned food. This reinforces the positive consequences of the desired behavior.

Some cats may immediately make the connection between the clicking sound and the treat, but you may need to repeat this process several times for your kitty. After all, cats learn from repetition just like we do.

Once your cat makes the association, you’ve successfully charged the clicker and it’s time to start working on some behaviors. 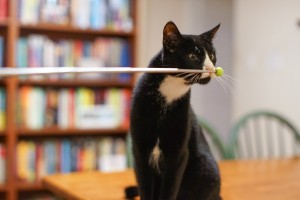 If you’re using a target stick or something similar, the next step is to teach your cat to follow the target.

You can do this by placing the target close to your cat’s nose, and when he sniffs it, immediately click and reward the behavior. You can also put a bit of wet food at the end of the target stick to help get your cat’s attention.

Next, move the target next to your kitty, so he’ll have to turn in order to sniff it. Again, click and reward. Continue this process, moving the target farther away each time, until your cat is following the target.

Teach your cat to sit 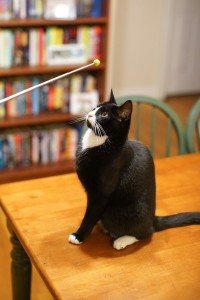 Dogs aren’t the only ones who can follow voice commands. Once you’ve charged the clicker, you can teach your cat to sit with or without a target stick.

If you’re working with a target that your cat has learned to follow, hold it above his head and say “sit.” If you’re not using one, simply move the treat or spoonful of delicious kitty food slowly over the animal’s head and say the command.

With his nose pointed toward the treat or target, your cat should naturally move into a sitting position. As soon as his rump nears the floor or surface you’re working on, click to indicate the desired behavior.

Oh, the tricks your kitty could learn!

Here at Adventure Cats, we love what cat behaviorist Jackson Galaxy calls the “raw cat” and we think we should preserve what makes a cat a cat. 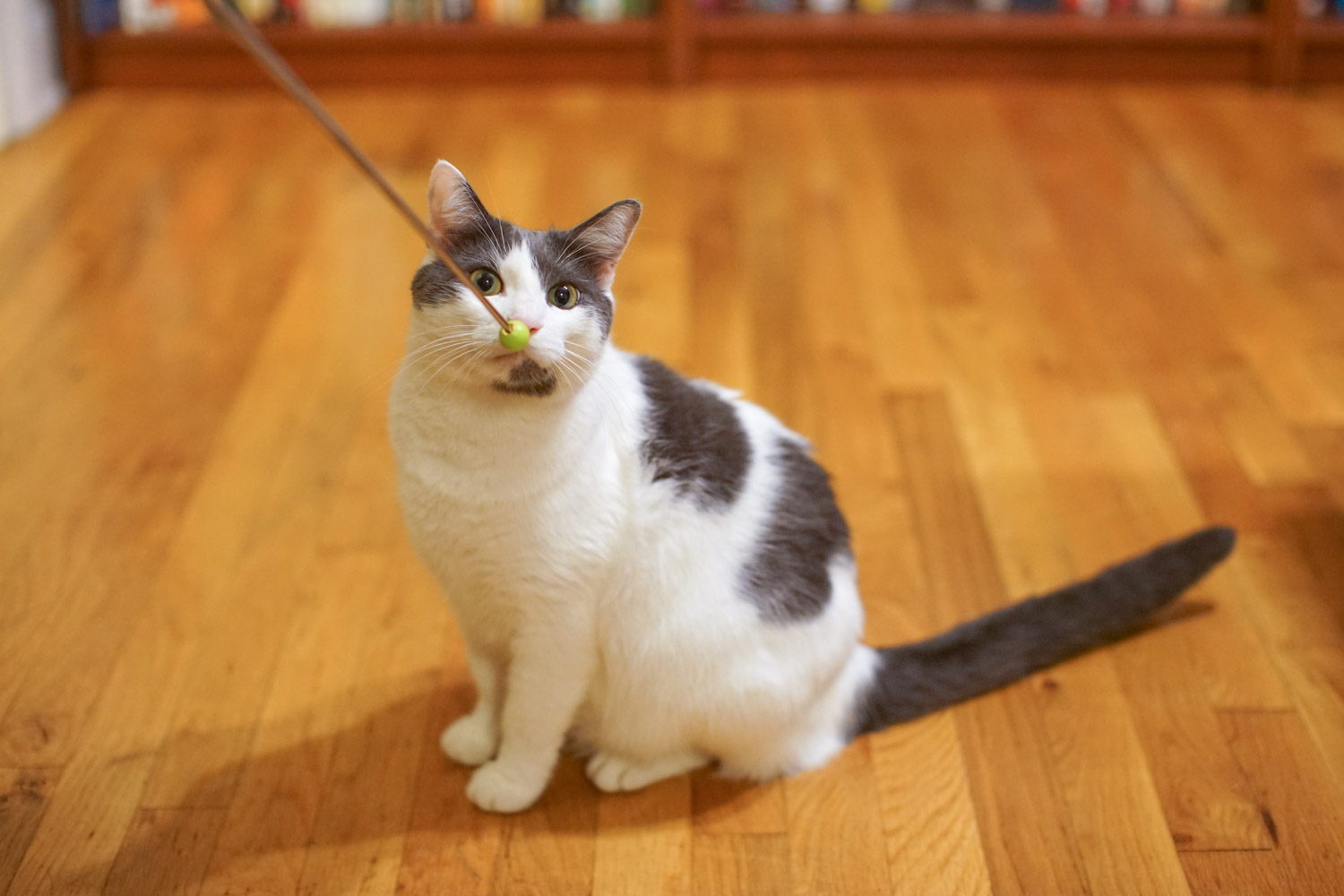