We can all do a little something to preserve and protect this beautiful planet we adventure on — and that includes our cats.

Millions of tons of cat litter end up in U.S. landfills each year, and 2.4 million tons of that litter is clay, which isn’t biodegradable. All that litter? It’ll never break down. It’ll just sit in landfills, quite literally soiled.

Not only does clay litter pollute our planet once it’s used, but it also harms the planet during production. The clay commonly used in litter is derived from strip mining, which destroys the ecosystem, displaces wildlife and contaminates water supplies.

What can you and your kitty do to lessen your carbon footprint (or pawprint)? Switch to a natural cat litter. 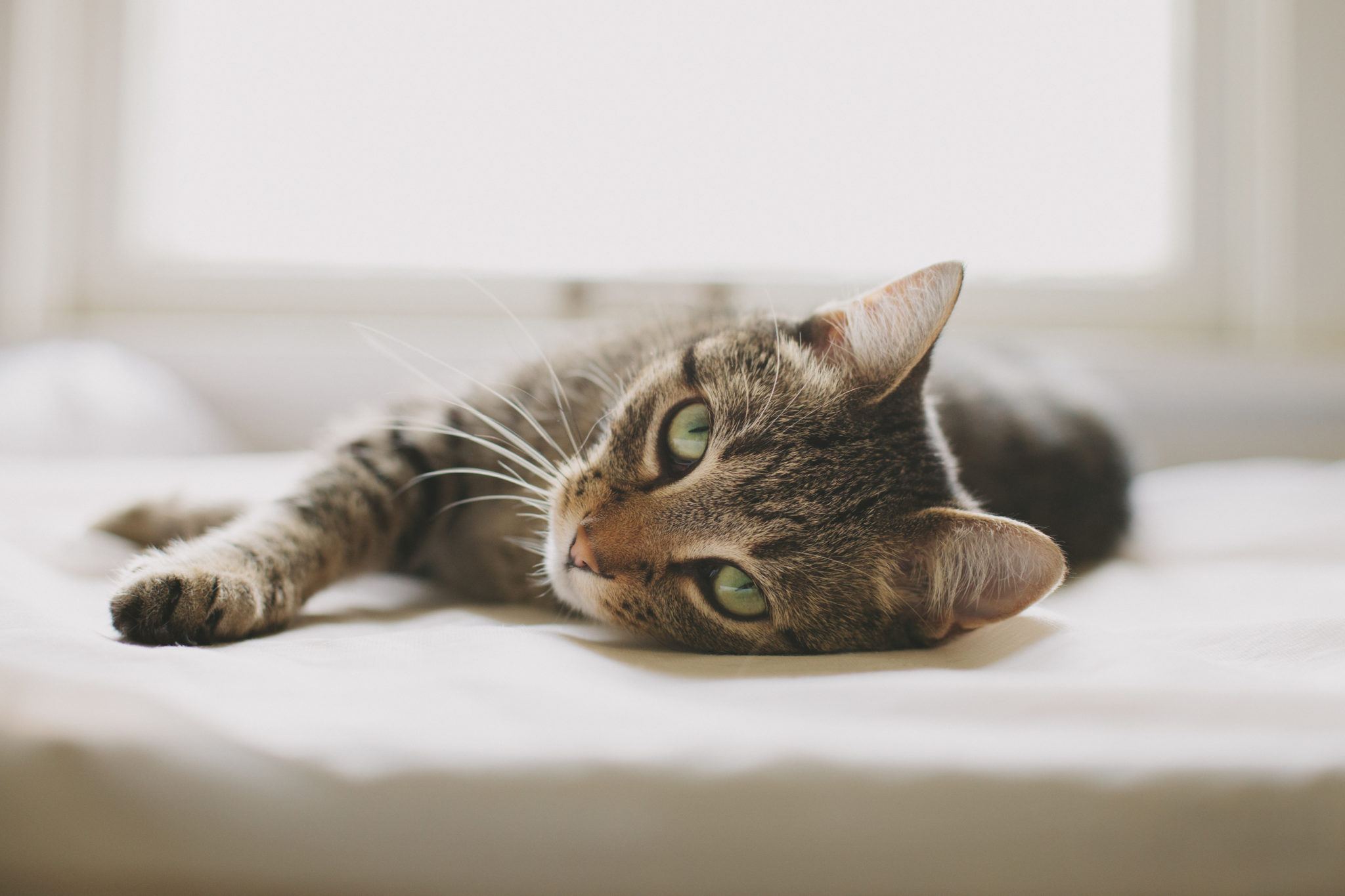 Even kitties can make green choices when they have to go.

Cats use their litter boxes several times a day, so they’re tramping through litter, scattering bits of it throughout the home and often licking it from their paws while grooming, which means that our feline friends aren’t only potentially inhaling litter particles, but also ingesting them.

The dust from clay- and silica-based litters has been linked to respiratory issues in felines, and the fact that cats may inadvertently ingest litter could cause other serious health problems.

“This type of clay (litter) can swell up to fifteen times its original volume when a cat urinates or defecates [which] makes it an excellent cat litter substrate, as waste clumps can be scooped out…but when cats ingest this material it can cause gastrointestinal distress,” according to Scientific American.

In fact, because kittens are more likely to ingest litter and are more susceptible to blockages, the American Society for the Prevention of Cruelty to Animals recommends not introducing them to clay clumping litter until they’re several months old.

While a large amount of clay or silica litter would need to be ingested to be dangerous for a feline, concerned cat owners can avoid the issue entirely by opting for a natural litter. 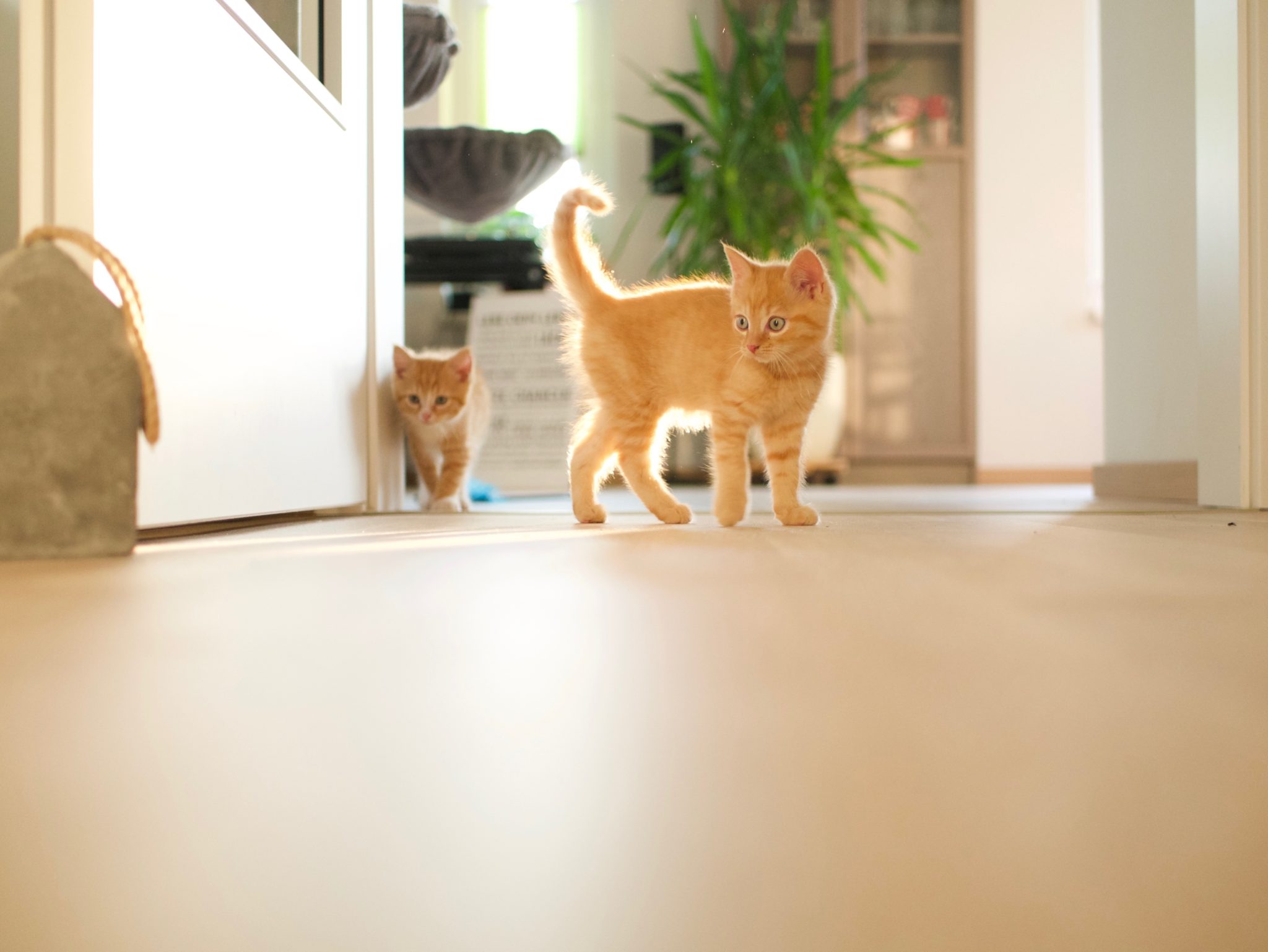 Kitties of all ages can use a natural litter.

You can help keep your kitty healthy — and lessen your environmental impact — by simply switching to a renewable type of litter made from plant-based materials, such as paper, wood, wheat or other biodegradable substances.

One of the most sustainable litter options available is ökocat, which is one of the few U.S. brand natural litter that’s 100 percent compostable. It’s made from reclaimed fallen timber and unused lumber materials, and all of ökocat’s suppliers are compliant with the Forest Stewardship Council.

In addition to being eco-friendly, ökocat is also feline — and cat owner — friendly. The litter is free from chemicals and additives, while still being absorbent, providing odor control and making litter box cleanup simple. It also lasts longer than clay litter, which makes it kinder to the planet and on your wallet. And it’s naturally lightweight, making it easy to carry and pour.

Cast your vote for shelters and the planet

Eco-conscious cat owners can vote for their favorite green U.S. city through August 6, and the top four cities with the most votes will receive a donation of more than 1,000 pounds of ökocat litter for a local shelter. Selected shelters will also be able to provide all cat adopters with a free box of ökocat litter through the end of 2019.

Participants in the ökocause4paws Litter Donation Program will also receive a coupon for $3 off any box of ökocat natural litter and they’ll be entered to win a 12-month supply of litter. In addition to voting for your favorite eco-friendly city, there are multiple other ways to enter for a chance to win, including a cat photo contest and “secret codes.” (Be sure to use code ADVENTURECATS to secure extra entries!)

This article was sponsored by ökocat.