I read numerous cat DNA test reviews when I decided to determine exactly which breeds, traits and behaviors are hidden away inside my cats’ genes.

I have three rescue kitties who all enjoy varying degrees of outdoor adventure, and I was curious: Were there certain breeds present in their DNA that made them more likely to don a harness and venture outside?

As I read more cat DNA test reviews though, I realized I wanted to know more about my kitty companions than just whether they had Savannah or Siamese DNA. I also wanted to identify any potential health risks lurking in their genes.

I decided to go with Basepaws because its Breed + Health DNA Test did both of these. Plus, I’d read so many great cat DNA test reviews about it that it seemed like a natural choice.

Let’s dive into my felines’ findings and see what Basepaws revealed about my adventure cats.

Basepaws estimates cats’ origins to more than 21 breed types and four breed regions, and it was especially exciting for me to discover that my youngest cat, Travis, has a fair amount of Maine Coon in him. 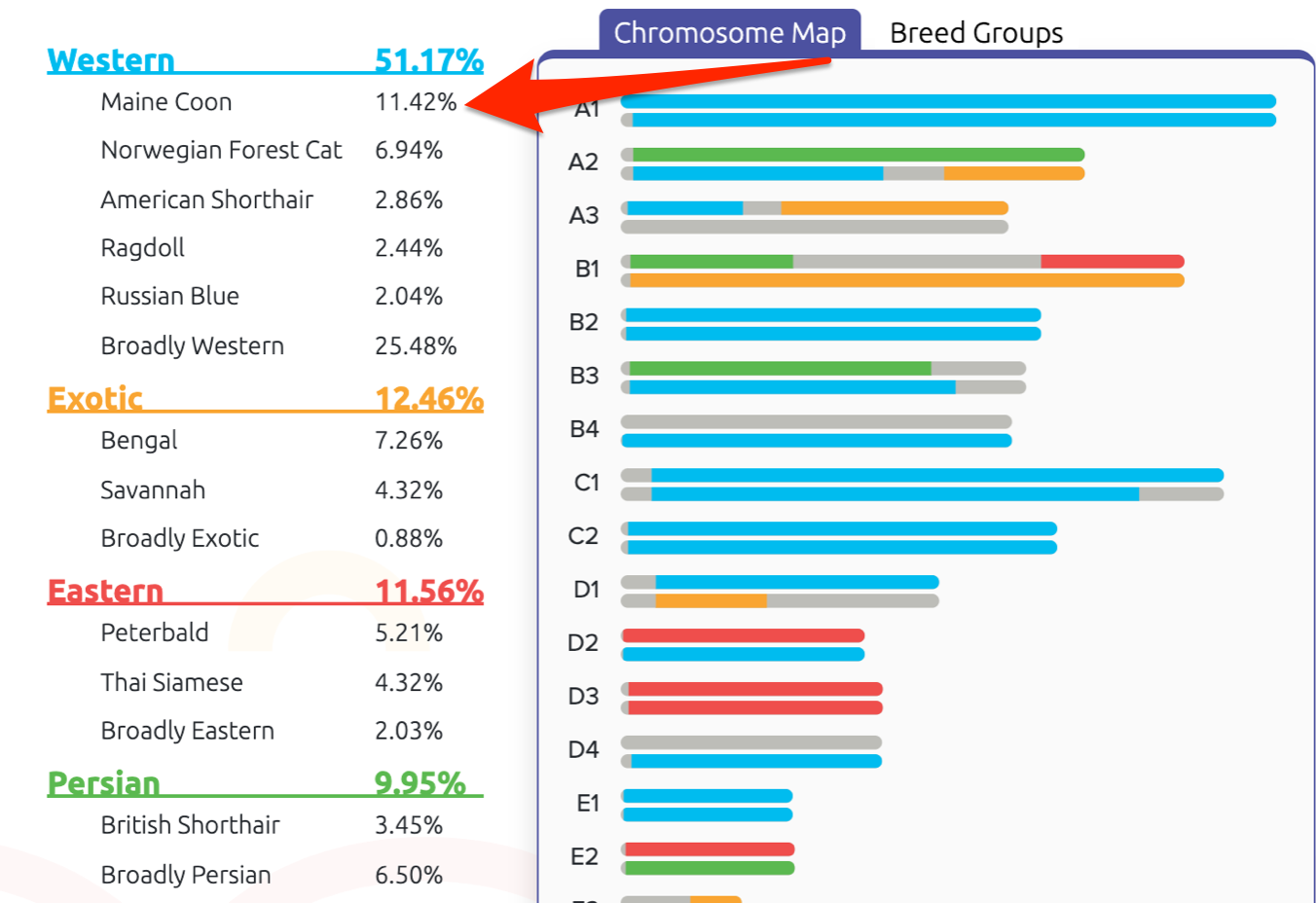 I suspected this because of his thick fur, bushy tail, playful personality, and total obsession with water.

Travis doesn’t just occasionally drop toys into the cat fountain or drink from the faucet — he has his very own little pool that he loves to play in, and he wades into creeks. 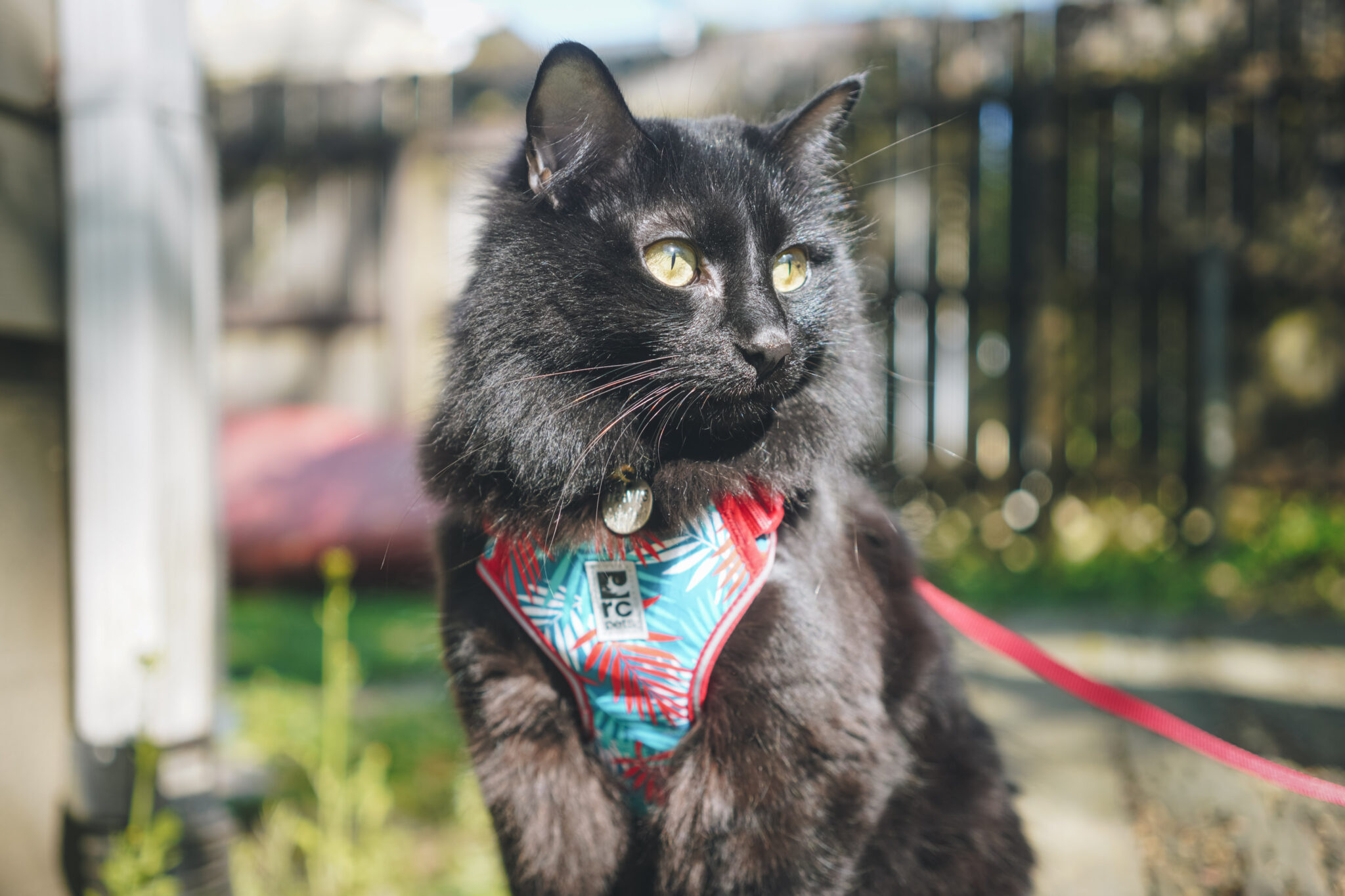 He’s also by far the most social of my three cats. He doesn’t run when he hears the doorbell, and he greets every visitor with his tail held high. This also fits with what his Basepaw results revealed since he has a lot of Norwegian Forest cat — a social, friendly kitty that loves to explore — in his DNA as well.

Of course, we can’t always be 100% certain that Travis is, in fact, 11% Maine Coon and 7% Norwegian Forest cat, but what I like about Basepaws is that you can use the slider in your cat’s report to reflect different degrees of statistical significance.

As I read through various cat DNA test reviews, one thing that came up again and again about Basepaws was its wildcat index, which compares your cat’s DNA to that of four wildcats.

Felines across the globe, whether wild or domestic, share the same common ancestor. In fact, research shows that the house panthers we share our homes with are only “semi-domesticated” and their genomes differ only slightly from their wild relatives. 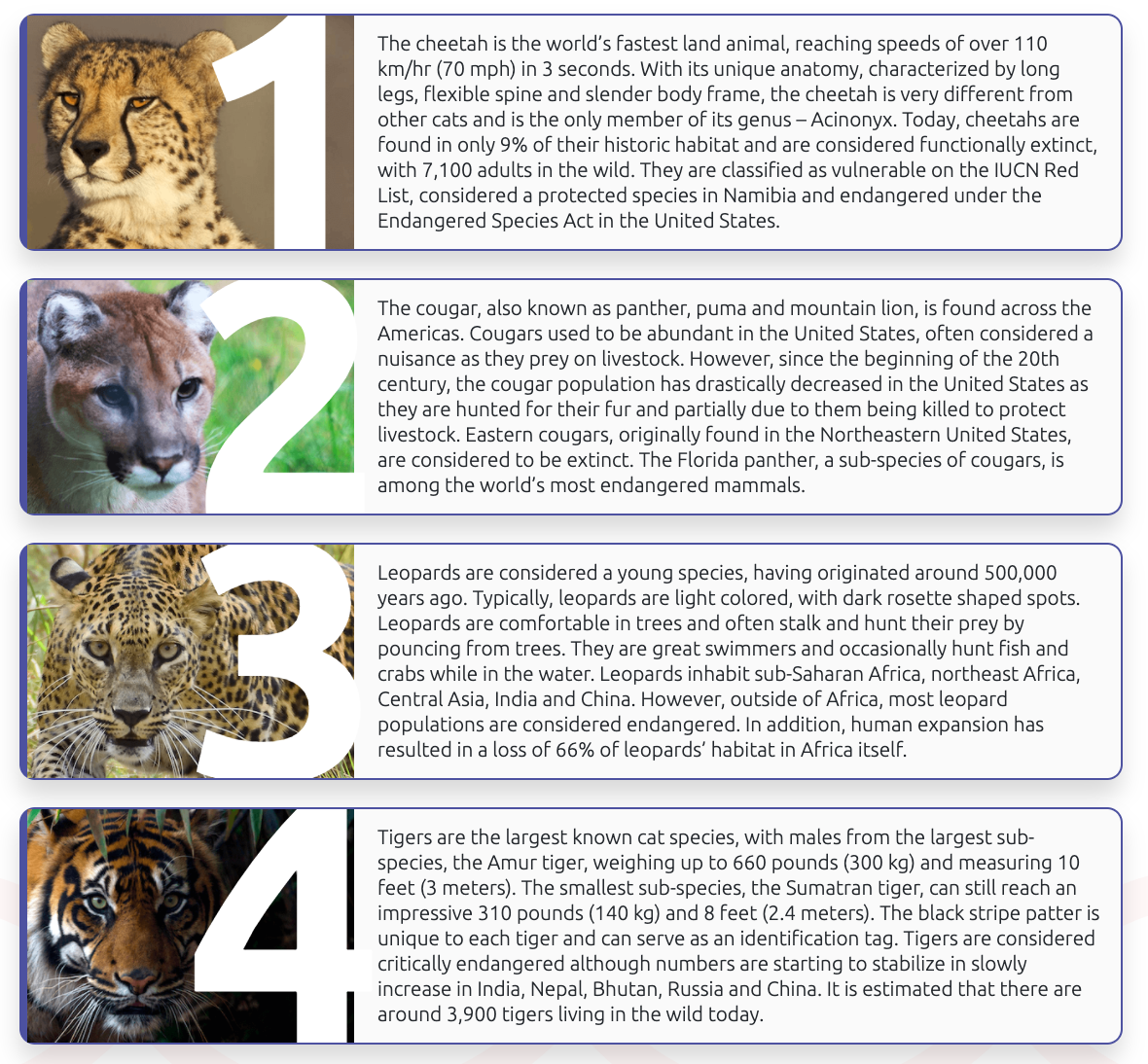 His DNA is most closely aligned with that of the cheetah, which makes sense considering the speed and agility he exhibits during his epic evening zoomies. 😹 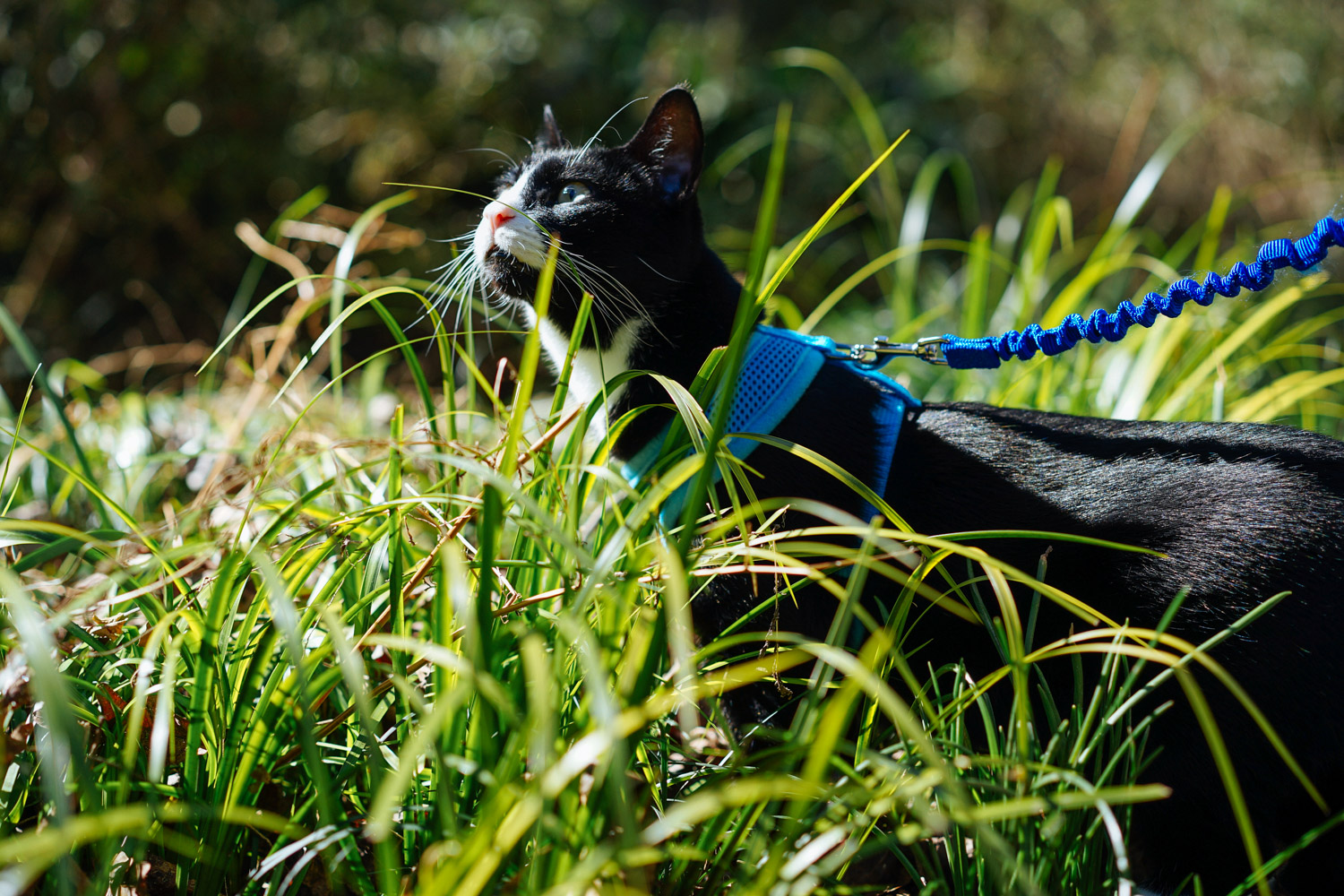 Of course, keep in mind that this doesn’t mean that Siri is actually part cheetah or cougar — it’s just proof of his im-purr-essive evolutionary history.

When I combed through all those cat DNA test reviews, I learned that many of them test for potential health issues felines may face.

Basepaws actually looks at 38 genetic markers and reports on your cat’s mutation carrier status and predisposition to 16 diseases, such as polycystic kidney disease and retinal degeneration.

I was particularly interested in this report for my oldest cat, Fiver, because he’s had a host of health issues since I found him severely injured as a kitten. He’s had continual problems with cystitis and stones forming in his bladder, which can be fatal.

Today, he’s on a prescription diet and hasn’t had urinary problems in a couple of years, but it was still a relief to see that his Basepaws health report revealed that he doesn’t suffer from high cysteine levels in urine.

These cat DNA test reviews not enough? Try Basepaws yourself

If you’re also curious about what pawsitively fascinating information is hidden in your kitty’s genes, give Basepaws a try.

Of course, when it comes to adventure cats, we already know that genes don’t determine everything. Personality plays a role, as do the experiences you expose your feline friend to.

But if you’re looking for more insight into your cat’s DNA, check out Basepaws. You can even get $10 off your Breed + Health DNA test with coupon code “adventurecats10” starting on Oct. 1, 2021.

This article was sponsored by Basepaws.